Vietnam Team Building would like to introduce about 10 Insights on Building, Motivating and Managing an Exceptional Team!

Team building is one of those business topics that will evoke a few eye rolls. The first thing that comes to mind for many are those superficial activities that force people together into some sort of awkward scenario, with all of the participants hating the process and wishing it would end.

Related: The Shocking Truth: Customers Don’t Want to Engage With Your Company

Team building shouldn’t have this sort of reputation.

The Small Group Research journal paper “Does Team Building Work?” analyzed data from 103 studies conducted between 1950 and 2007. This cumulative research provides the strongest scientific evidence to date that Team building can have measurable, positive effects on team performance.

As you’ll soon see, the “secret” in making team building work is to keep things normal, and to avoid situations that feel invasive, awkward, or forced. Do NOT assemble your team and ask everyone to share their greatest fear—a huge majority of the people involved won’t appreciate this forced mix of their work life and personal feelings.

What far more practical things should you do instead?

In light of the lackluster reputation of team building, you probably aren’t surprised to read that research from Citrix has shown that 31 percent of office workers say that they can’t stand team-building activities.

This negative association is a shame, because, as discussed in this Harvard Business School publication, a connected team is a motivated team. Further supporting research from the American Psychological Association (APA) finds that team building activities can help employees feel valued, and those that do are the most motivated to do great work.

Almost all employees (93 percent) who reported feeling valued said that they are motivated to do their best at work.”

There are ways to circumvent this mentality and fulfill the goal of providing great bonding experiences for co-workers. David W. Ballard, head of APA’s Psychologically Healthy Workplace Program, discussed in a U.S. News & World Report interview five simple team-building activities that have shown to be successful time and time again. They are:

Volunteering. The best activities are those that the entire team feels proud to participate in. Research even suggests that helping others makes you feel like you have more time on your hands! The Help Scout team recently assisted the Cradles to Crayons project to help support a great cause in our community, and all of us found it to be an incredibly rewarding experience that encouraged conversation outside of the workspace.

Physical activities. Sports make for superb outings that allow employees to work together and get physical exercise. However, Ballard warns that always playing the sport that the CEO likes may make the activity feel like an obligation. Also, pick your sport carefully: Activities that could result in injury (e.g., football) aren’t as effective as milder, non-contact options (e.g., bowling, ice skating).

Field trips. Simple, casual trips such visiting a park or museum or going to a baseball game can work wonders for your team. Companies like Green Mountain Coffee Roasters offer a more extreme example here: They sent employees to Guatemala to learn more about the coffee-making process!

Shared meals. Eating regularly with your team allows for casual conversation in a comfortable environment, letting team members get to know each other outside of work. As a remote worker, I don’t get to see the Help Scout team every day, but when I’m in Boston we spend lunchtime together and I regularly dine out with individual team members.

A study from MIT’s Human Dynamics Laboratory shows that when it comes to predicting the success of a great team, the most important element is how well the team communicates during informal meetings:

With remarkable consistency, the data confirmed that communication indeed plays a critical role in building successful teams. In fact, we’ve found patterns of communication to be the most important predictor of a team’s success.”

This doesn’t mean team members have to be best friends outside of work, but managers should recognize that non-work discussions are critical to creating a team that looks out for each other. Otherwise, co-workers may begin to view one another as just cogs in the machine.

How can informal conversations be regularly prompted within teams?

4. Star Performers are Often Dependent on Their Team

Your rockstar employee that seems to thrive off of natural talent may be more dependent on their team than you think.

A Harvard study published in 2006 revealed that the overall performance of heart surgeons improved over time (patient mortality was the outcome measured) when they were able to consistently work with their usual team at the primary hospital they performed in.

Related: The Psychology of Color in Marketing and Branding

When the surgeons would cover for other doctors, the researchers found that this measured improvement didn’t translate to other familiar hospitals with unfamiliar personnel.

So even though these surgeons were well acquainted with the other hospitals (thereby sidelining worries about feeling confused or “out of place”), they didn’t have the same tacit understanding of their team members. As a result, they did not perform at the same level as they did at their primary hospital with their primary team.

This finding is very important for both employees and employers to consider when evaluating how a particular team is contributing to their rockstar’s consistency.

Yahoo’s recent announcement that they would be ending their remote working program kicked the argument over remote working into a frenzy. But the research shows that not every company should write off the practice just yet.

A 2009 study from MIT’s Sloan School of Management found that virtual teams working for software companies were regularly outperforming on-location teams, as long as they had the proper systems in place.

What systems are required? According to the MIT study:

The group’s findings show these elements to be critical for remote-team success:

6. In-Person Brainstorming is Not the Best Option for Teams

Great teams are often denoted by their ability to unite to come up with stellar solutions to brain-busting problems.

The problem is that study after study has shown that brainstorming in groups is generally a bust when it comes to generating the best, most novel ideas.

Here are a few reasons group brainstorming can fall flat:

Social loafing: Studies on the concept of “social loafing” show that in brainstorming groups, creatives often won’t fully exert themselves because they feel that others are likely to pick up the slack (bystander effect, anyone?).
Production blocking: In a group brainstorming session, the rest of the group has to wait while a peer shares an idea. This has been shown to cause some folks to actively dissuade themselves from sharing when they feel they are being talked over.
Evaluation apprehension: Unsurprisingly, contributors to brainstorming groups know that their ideas will be judged. Researchers have found that this often prevents people from sharing, since they don’t have the time to fully flesh out an idea the way they would if they were brainstorming alone.

But brainstorming is important for teams—research shows it gets employees invested in the projects they are working on. When people feel like they’ve contributed, they tend to be more invested in making the project a success.

So what’s the solution?

According to this research, the answer may be a new form of online brainstorming known as electronic brainwriting. This practice consists of brainstorming through a chat program, which circumvents many of the face-to-face problems. The following rules are also recommended:

Don’t criticize.
Focus on quantity.
Combine and improve ideas produced by others.

The Help Scout team prefers HipChat for this sort of quick communication, and the app is also perfect for setting up the electronic brainwriting sessions mentioned above.

7. Great Teams Benefit from Having an Analytical Thinker

When it comes to assembling a great team, this study from Carnegie Mellon University suggests that having an analytical thinker on the team is a must to balance out big-picture strategists. How is an analytical thinker defined? The study described this person as someone who pays close attention to “process focus,” which is the art of identifying and focusing on the sub-tasks needed to achieve the goal.

In other words, this detailed-oriented person sweats the small stuff; they’re a great complement to the broad thinkers who concentrate on executing overall strategy.

They key is to educate team members on appreciating the process of creation, which can help negate potential disputes. When the entire team understands the often difficult nature of the details, this analytical thinker can thrive without being at odds with those planning out strategy.

Related: Lessons in Customer Service From the World’s Most Beloved Companies

As a software company, we can offer a candid example—adding “this one button” or “that one little feature” is almost never as easy as it sounds. Very rarely are these small changes actually small, and big picture people need to be in tune with this side of an analytical thinker’s work, so that misunderstanding’s and disputes can be avoided.

8. Forming “Micro-Cultures” Can Be Bad for Teams

Varying degrees of friendship are bound to form within teams. Research shows that it’s common for closer bonds to be formed among team members who share similarities based on their social identity and by the department they work in (e.g., marketing, support, product, etc.).

In a psychological study on getting the most out of multidisciplinary teams, lead researcher Doris Fay found that multidisciplinary teams produced better quality innovations than more uniform teams, but that this boost in performance was only consistent if there wasn’t a problem of teams fracturing into smaller subgroups.

Team leaders need to ensure that each member feels committed to the unified cause and that everyone on the team has a voice.

For a team to perform well across a range of challenges, it’s essential for its members to have the character trait of social sensitivity.

Recent research on this topic shows that the ability to read co-workers’ emotional states is pivotal in determining a team’s success. Detecting when co-workers may be frustrated, busy, confused or embarrassed has proven helpful to a team’s cohesion.

Seemingly small things—such as being able to take turns while speaking—can go a long way toward increasing social sensitivity among teams.

You may not be surprised to hear that women are often more attuned with this trait than men. This may be why additional research suggests that teams that lead (company boards) with at least one woman represented will regularly outperform all male boards.

Either way, this is an important trait to establish in your company culture. Check out how the Buffer team promotes these values by encouraging employees to ‘default to transparency’ and to be a “no ego doer” when working with others.

10. The Best Teams Have Extroverts and Introverts

If you judge a fish by its ability to climb a tree, it’ll spend its whole life believing that it is stupid.” – Albert Einstein

Many companies actively encourage their employees to open up and be more extroverted. But be careful of this mentality; even though introverts don’t tend to make as strong of a first impression as extroverts, they have proven to be key members of teams.

Research shows that although introverts “start off with the lowest status” (i.e., their peers didn’t evaluate them as having much influence), as time progressed their status climbed whereas the extraverts’ status fell.

These underrated quiet types offer a unique way to balance a team, so be sure that any ‘wallflowers’ on your team are given a chance; their reserved nature may just mean that they are shy, not that they have nothing to contribute. 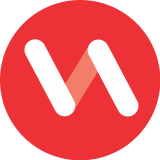